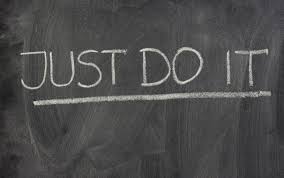 Everybody knows the phrase “Just Do It.”

It became the rallying cry of athletes everywhere and launched Nike to new heights and higher profits, becoming a shoe and athletic company that would define many aspects of popular culture…

Except that it didn’t.  The truth is that phrase didn’t launch Nike to success.

Do you know what really launched Nike to success?  It was innovation, determination and decisive action that did.  Although the catch phrase “Just Do It” certainly embodies the spirit of the company the seeds for Nike’s success were actually planted years earlier.

Founded on a handshake and $500 each in 1964, Phil Knight, a talented middle-distance runner from Portland, Oregon and his coach Bill Bowerman, a nationally respected track and field coach at the University of Oregon joined forces, embarking on a journey that would revolutionize athletic footwear and eventually redefine an entire industry.

Starting out as a distributorship under the name Blue Ribbon Sports, Bowerman and Knight began selling Japanese running shoes (now known as ASICS) with the help of sales manager Jeff Johnson from the back of Knight’s green Plymouth Valiant.

When Bowerman, who was constantly seeking ways to give his athletes a competitive advantage, created an innovative running shoe design the three men would soon find themselves at a turning point that would propel them from being a footwear distributor to designing and manufacturing their own brand of athletic shoes.

One morning in 1970, after deciding that his team had to have better running shoes and after ripping apart existing shoes to see how he could make them lighter and better, Coach Bowerman went out to his workshop, poured rubber into the family waffle iron and made his team better running shoes.

He didn’t wait for his suppliers to come up with something.  He didn’t spend months obsessively planning the shoe design.  He just did it.  He went out into his workshop and made them.  And his creation became the prototype for the now famous Nike “waffle outsole” with nubs for traction that were lighter than traditional training shoes.

Less than a year later in 1971 sales manager Jeff Johnson conjured up the name Nike after dreaming of the Greek goddess of victory and together the three men selected a brand mark today know internationally as the “Swoosh”.  By 1972, with a new logo, a new name and a new design innovation Nike, Inc. was poised for success.

The “Just Do It” ad campaign wasn’t launched until 1988 but gained quick popularity and has enabled Nike to remain a footwear-and-apparel colossus ever since.

The Nike story is not about excessive planning or worrying about details.  It’s the story about a coach who needed a better shoe for his team, taking action and getting things done.

That is the Nike story. 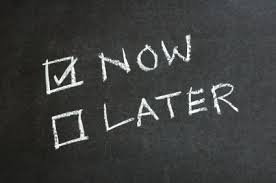 If you want to be successful, you need to take action.  Not over think things or paralyze yourself by over analysis.

You just start.  You JUST DO IT!

What’s holding you back from investing in a point of sale system for your company?  Let’s talk about it…